Whether living in Horwich as a young child or Chorley as a slightly older one, the unmistakable backdrop of Rivington was always a constant for me. What was that mysterious ‘castle’ on the hill? And was there a tower in the trees to the left as well? I can’t remember the very first time I actually went up to explore, but it could well have been on a Good Friday with my parents. The Easter hike to The Pike has long been a tradition for many in the Chorley, Horwich and surrounding areas, dating back to at least the 1800s. 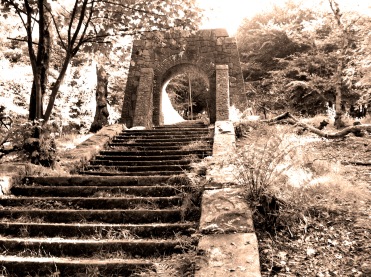 As a boy, the reason all of it was there never really crossed my mind, fixated as I was by not just those structures visible from far and wide, but bridges, terraces and secluded, overgrown pools. But as the years went by, I continued to visit from time to time, and gained a different perspective. I noticed that the walls weren’t really all that ancient, and I clearly remember the day I first saw the remainder of some black and white floor tiles. Curiosity got the better of me, so I began to dig a little deeper into Rivington’s history. 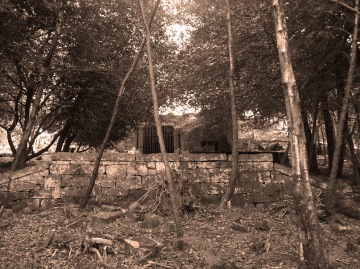 It’s a well-documented one, thanks in large part to the involvement of William Hesketh Lever, better known as  Lord Leverhulme, he of Port Sunlight and Sunlight soap fame. Needless to say, Lever was a bit of a magnate back in the day and owned a number of homes, one of which was The Bungalow at Rivington. This wasn’t just any old bungalow though. With the help of landscape gardener Thomas Mowson, Leverhulme built a spectacular terraced garden to accompany his lavish Lancashire pad. A morning stroll through the greenery would take him past pools and pagodas and across bridges, as he enjoyed the views. The whole thing was influenced very much by his travels around the world, and the Japanese and Italian gardens were a sight to behold. Following his death in 1925, Leverhulme’s home fell into disrepair and the rhododendron that were the fancy of many a stately home owner took over in his absence. Those and the ravages of time reduced this once proud home to enigmatic ruins. 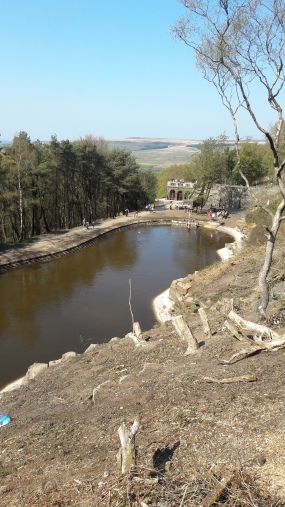 That is, until recently. My visit to Rivington in 2019 proves that I’m still a big kid, bounding around as I get caught up in the atmosphere of the day. As I round a corner though, I stop in my tracks. I’d seen pictures of the way the gardens used to be in a book once loaned to me by a family friend and for the first time since I saw those pictures, I was transported back to Leverhulme’s time. I walked along terraces, taking in the view of the ponds below…the layout of the gardens becoming more and more visible and Mowson’s design is coming to life once more. Turning another corner and my day is made complete, as I spot a group of people queuing to go inside the Pigeon Tower – a structure which had always been off limits in my lifetime.

This is all thanks to the Rivington Terraced Gardens team – RTG for short. They’re a group of volunteers who organize regular days where everyone can get involved in restoring the gardens, whether you’re a skilled fence-builder or amateur weed-puller. I spoke to some of them I encountered throughout the day, and what struck me is the collective passion not just for making Rivington more attractive to locals, but to everybody. The area, like it never has before, is becoming a real outdoor destination for people from all around the country. Hikers and ramblers will have plenty to keep them occupied, with a wealth of walks across Rivington and neighbouring Angelzarke waiting to be explored.

To find out more, I spoke to Andrew Suter, Heritage Programmes Manager for Groundwork Cheshire, Lancashire and Merseyside, the body currently overseeing the project. I began by asking him when the effort to restore the gardens began:

“There have been a number of unsuccessful efforts over the years to source funding to repair and conserve the Terraced Gardens. They are grade II listed and contain a further 11 structures which are also listed. Rivington Heritage Trust was formed in 1997 to coordinate this process and give it more focus.  They eventually contacted Groundwork CLM in 2004 with a request for help progressing a plan and then application to the Lottery Heritage Fund. The project will run until the end of 2020, with capital work due to be complete by the end of July this year.” 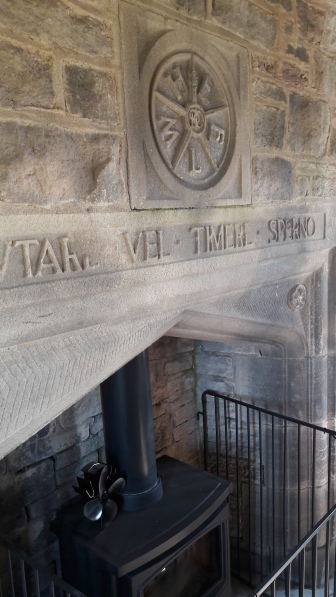 The most obvious structural change I noticed was the Pigeon Tower. I asked Andrew more about it: “The Pigeon Tower is a grade II listed building.  It has been condemned and closed to the public for over 40 years.  As part of the work we have re-pointed the walls and chimney, replaced and rebuilt the roof, replaced all three floors and installed new windows and a door.  We have also installed a wood stove and intend to open the tower to visitors on a regular basis. We opened the building to the public for the first time on 23rd March 2019, when over 4000 people attended, with around 800 getting to see inside. We have opened it four times since, and have had queues each time”.

Not surprising! So what about some of the other structures?
“11 structures in the gardens are listed, including a few stone gate posts.  There are 5 summerhouses and a loggia which are listed. All were condemned and each have had extensive work carried out – new ceilings waterproofing and pointing, handrails and new gates and associated metalwork.  The internal floor have also been lifted and replaced. All will be open to the public again during events.” 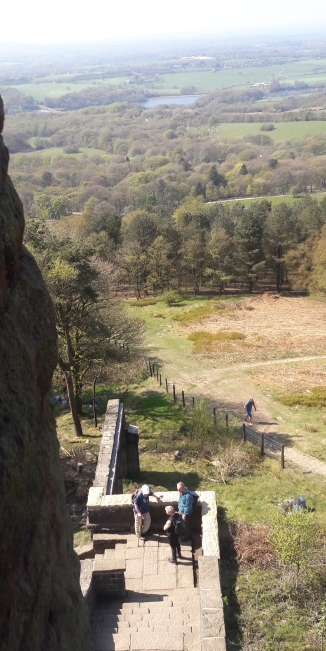 The Rhododendron were such a huge part of the landscape when I was a child, so I asked Andrew more about the efforts to remove them:
“The Rhododendron carried a disease called Phytophthora Ramorum, commonly known as Sudden Oak Death.  Once it was discovered, The Department for Environment, Food and Rural Affairs (DEFRA) ordered them to be removed.  In a way, this was a catalyst for the current project, as many of the structures and pathways had become overgrown.  The disease is still present, so Rhododendron cannot be replanted.”

So with that in mind, what kind of wildlife can we expect to see today?
“Rhododendron further acidified the existing soil.  They are also a foreign plant, meaning native insects will not predate on them, and they out-competed local flora. Since their removal, the soil has reverted to a more natural PH and native species have begun to colonise the gardens again. We are under-planting with native species and thinning the existing woodland to improve the habitat further as part of the current project.  Every year, the range and extent of flora has improved, in particular native bluebells and foxgloves are making a comeback.  This in turn provides more food for insects, small mammals and birds”.

Good to hear! So what’s next for the gardens, and what kind of events can visitors look forward to seeing?
“The capital work will be complete later this summer, new signage and interpretation will be one of the last items installed. Going forward we intend to continue to offer lots of walks, talks, education visits and a growing range of events including an afternoon tea on the lawn in July, and in August,  an annual Viking themed fancy dress hike as well as a Rivington Music Festival.  We have a mushroom festival in September, a fright night in October and a bonfire night party left to deliver this year alone.  In future years we will develop these ideas further and work to deliver an engaging programme with our fantastic volunteers, which hopefully will continue to capture the public imagination and support”.

To find out more about upcoming events at Rivington or how you can get involved, visit: www.rivingtonterracedgardens.org.uk

All pictures by Simon Brotherton